GWANGJU - After 20 years, baseball is back on the programme of the Summer Universiade. The last time it was included into the games was in 1995 in Fukuoka, Japan. Back then, the bronze medal went to the hosting country, silver to Korea and the most precious metal was won by a team from Cuba.

“It is a big deal for us to be back in the University Games,” says Petr Ditrich, FISU Technical Delegate for Baseball: “It is certainly given by the fact that baseball is the most popular sport in Asian countries.” He also considers the Asian countries to have the strongest baseball teams in this Universiade - Japan, Korea and Chinese Taipei are reckoned as the favourites: “I expect one of these countries to be the winner of this 28th Summer Universiade.”

As for the other countries, he sees France, Czech Republic, Mexico and China being on the same level.“We saw this clearly on the previous matches, where China beat France with a great fortune at the end of the game a when Chinese Taipei won lot of points over Mexico,” explains Ditrich and adds: “The US team is unpredictable, but due to the strong tradition in their country, we can expect them to be a successful team as well.”
Recently, the US has won its first game over the Czech Republic in a really tight game. “The game has been amazing and we really appreciate the chance to participate in such an event,” says Jerrod Brano from the US team. “We know that the Asians are good, but we are definitely not scared of them.” Jakub Hajtmar, a Czech player, was content with the game too: “It was a tight match. We won’t give up after one loss, we can still win the others.” Lucie Hrdličková (CZE), FISU Young Reporter 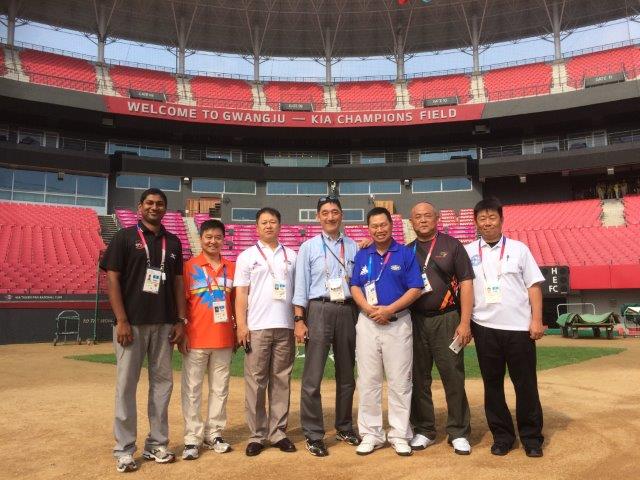