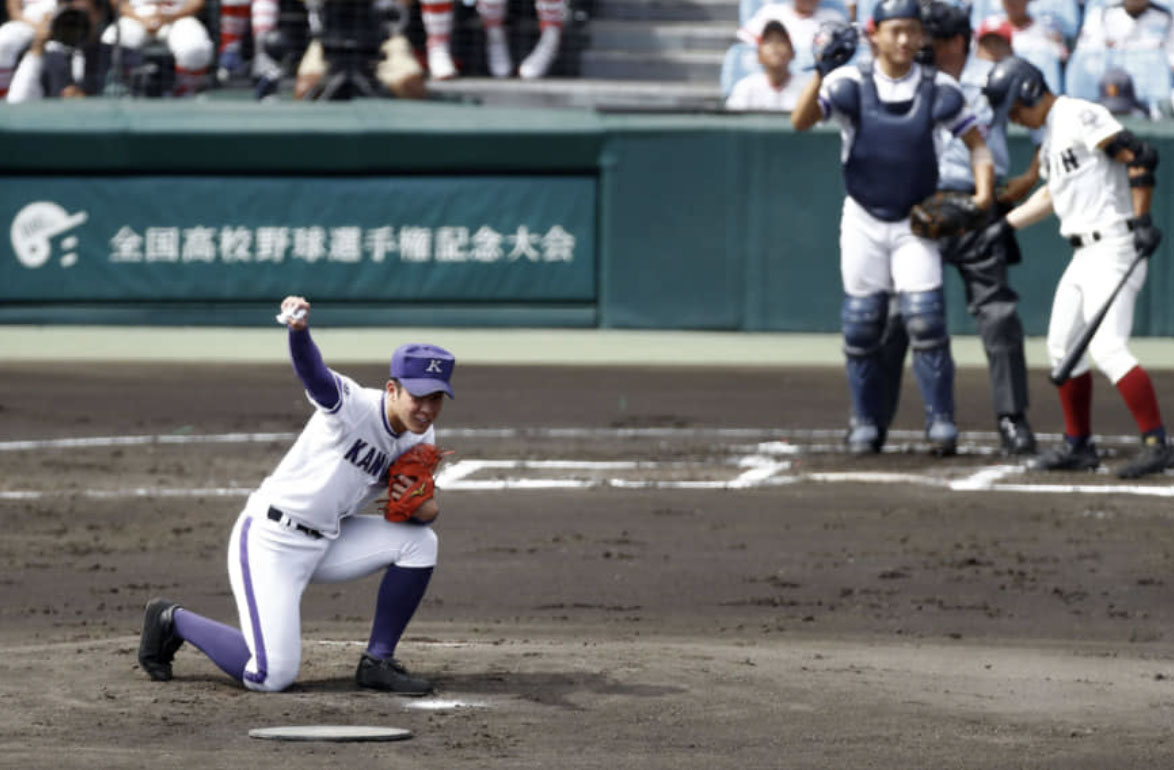 (OSAKA – Nov 29, 2019–) High school games played at the spiritual home of Japanese baseball will get a new look in 2020 after the organizer of the prestigious national championship on Friday announced its first pitch limits.
Starting from next spring’s national invitational tournament at Koshien Stadium near Osaka, the National High School Baseball Federation will limit players to 500 pitches per week.
The rule, which will initially be in effect for three years, will also be applied to the national championship held there during the summer and to games organized by prefectural federations.
Schedules are also to be adjusted so pitchers will not have to throw on three consecutive days.
“There is no scientific basis (for this number),” said national federation president Eiji Hatta. “We’ll start off with 500 pitches and collect medical data during the trial period. If that number is too lax, we will review it.”
The measures were adopted by the national federation’s board of directors following the report of a 13-member committee empowered to investigate how to prevent pitching injuries. The board also decided to introduce “intentional walk without pitches” rule.
Last week, Daichi Suzuki, the head of Japan’s Sports Agency, suggested that even this proposed limit was not strict enough.
“It would allow pitchers to throw 170 pitches in games that are played in a short span,” he told a press conference. “I hope they consider this carefully and devise stricter limits if necessary.”
Pressure to reform has been building since last December when Niigata Prefecture’s federation acted on its own to introduce pitch limits for its spring tournament on a trial basis. The Niigata body had planned to prevent pitchers from starting a new inning after throwing 100 pitches in a game.
At the request of the national federation, Niigata withdrew its plan, but still drew praise from Suzuki.
“From the standpoint of prevention of injuries to youngsters, these (limitations) are preferable,” Suzuki said at the time.
In response, the national federation tasked a committee with looking into the issue. The board included the head of Niigata’s federation, former major leaguer Satoru Komiyama, and former Yokohama High School manager Motonori Watanabe.
Watanabe was the man in charge when Daisuke Matsuzaka threw 250 pitches in a 17-inning quarterfinal win for Yokohama High School in the quarterfinals of the 1998 national championships.
During its four meetings, the panel examined medical evidence before presenting its recommendations earlier this month.
Last summer, Kanaashi Nogyo High School pitcher Kosei Yoshida (Photo) threw 881 pitches over six games as he led the unheralded school to the finals of the national championship.