WBSC Congress in Sakai City, Japan Talks Up 2020 Tokyo Olympics and Beyond 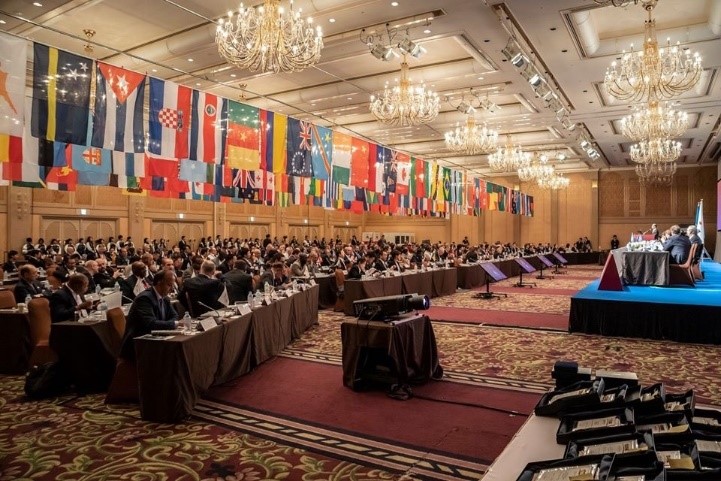 The softball competition will be a tournament of six teams playing a regular round-robin, with those finishing first and second competing for the gold medal, and those ranking third and fourth battling it out for bronze.
Six of the 17 games will be played in Fukushima, with the rest staged in Yokohama.

For baseball, the six teams will be allocated into two groups.
After the opening round, all six teams will advance to a double-elimination bracket to define the three medallists.
One game will be staged in Fukushima, while the other 16 will be played in Yokohama.
"Hopefully, our stadiums will be fully packed, or almost complete, for all the games," Schmidt said.
"Both stadiums have been renewed.

"In Fukushima, the field of play is new, replacing natural grass with turf, while in Yokohama, new bleachers and luxury suites were added."
The test event for baseball and softball was held at the Fukushima Azuma Baseball Stadium on October 5 and 6, with four games of the Japanese Women's Softball League.
According to Schmidt, the field looked in very good condition and the WBSC had the opportunity to test its operational plan, with excellent results.
"We're positive that the Organising Committee of the Olympic Games, together with the WBSC, will deliver a very good Olympic Games, especially for our sports, so the fans and our athletes can enjoy a lifetime experience," he added.
WBSC President Riccardo Fraccari also made reference to Tokyo 2020 in the opening speech of the Congress, recognising there are just over eight months until the Olympics begin.
The Italian's speech focused on globalisation and the need to bring the sports of baseball and softball up to date and make them appealing for the younger generations.
"Globalisation is synonymous with development," Fraccari said.
"In the last few months, we have worked hard to include baseball and softball in the Continental Games.
"I also think about the Asian Games in 2022 in Hangzhou, China, and the Pan American Games in 2023 in Santiago, Chile."
He added: "It was not easy.
"These difficulties derive precisely from the meagre development of our disciplines in the countries that will host these Continental Games."

Seven new countries were unanimously voted in by the Congress, bringing the total number of WBSC member federations to 200, plus 13 associate members.
The membership of Bermuda and Laos applies only to baseball, while Bangladesh, Benin, Egypt, Kosovo and Palestine span across baseball and softball.
Nauru's National Federation (NF) was earlier elected out of the office following a recommendation by its National Olympic Committee on the grounds of inactivity.

A total of 330 delegates representing 138 member organisations from 97 countries and regions attended the Congress, which also received a presentation from the Italian Association Baseball Played From Blind, providing NFs with a Para-sport opportunity going forward.

The WBSC also offered to support any NFs willing to proceed in this direction.
The Congress finished with the WBSC annual awards for both 2018 and 2019.
The player prizes went to the United States' Haylie Ann McCleney and Japan's Hikaru Matsuda, while the coach accolades were claimed by the American Kenneth Scott Eriksen and Argentina's Julio Ismael Gamarci.
Australia's Kyira Cox and the David Selden III of the United States were the winning umpires and there was also success for Mexico and China in the NF category.