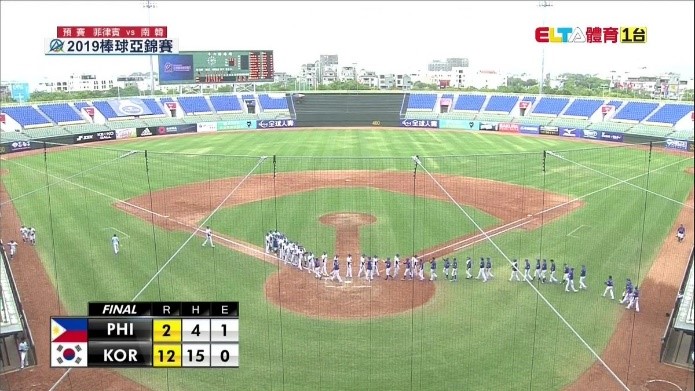 Defending champions Japan cruised past Hong Kong 15-0 on day three of the Asian Baseball Championship in Taichung.
The tournament favourites made it two wins from as many games after arriving late to the event in Taiwan due to Typhoon Hagibis.
It means they are in control of Group A before their last match against Sri Lanka tomorrow, which was rearranged due to their travel problems.
Hosts Chinese Taipei hammered the Sri Lankans 17-0 today, ending their group phase with two wins from three.
In Group B, South Korea defeated Philippines 12-2 as the group's fixtures were completed.
China also had an easy win as they saw off Pakistan 11-1.

The top two teams from the tournament who are not Japan will qualify for the Tokyo 2020 Olympic Qualifying Tournament in March.

Japan have already qualified for the Games as hosts, with baseball returning to the Olympic programme for the first time since Beijing 2008.