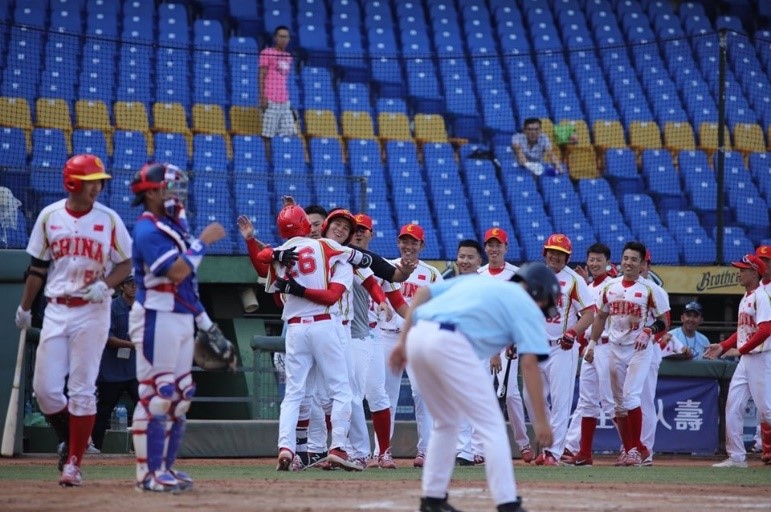 China caused a shock on the opening day of the Asian Baseball Championship by beating South Korea 3-2.
The surprise reverse for the 2015 winners came in the first game of the tournament at Intercontinental Stadium in Taichung on 13 October 2019.
It means China are in a strong position in Group B, with Philippines beating Pakistan 11-0 in the other game.
In Group A, hosts Chinese Taipei enjoyed a more routine start as they eased past Hong Kong 17-2.
The home side were supposed to meet Japan today but the tournament schedule was changed after the defending champions were delayed in reaching Taichung.

This was due to Typhoon Hagibis which has already forced the cancellation of matches at the Rugby World Cup in Japan.
Sri Lanka, who were due to begin against Hong Kong, also did not play today following the change in fixtures.
The top two teams from the tournament who are not Japan will qualify for the Tokyo 2020 Olympic Qualifying Tournament in March.
Japan have already qualified for the Games as hosts, with baseball returning to the Olympic programme for the first time since Beijing 2008.