The Women’s Baseball Federation of Japan (WBFJ) held on November 22, 2016 a celebration party in Tokyo for having achieved five consecutive wins in the World Cup by women’s national team “Madonna Japan”.

According to WBFJ, the number of women’s baseball teams has been steadily growing from 21 in 2010 to 69 in 2016 including about 30 high school teams. The up-trend is plainly reflected in the registered number of players which stood at about 400 only in 2004 jumped to 1,700, a fourfold increase in 10 years. In addition to WBFJ, there are about 30 women’s rubber baseball teams, mostly comprised of universities.

Manager Koichi Ohkura who led the National Team for the last four Championships responded by saying that women’s baseball is still in the growing stage, has a lot of room yet to grow and a winning streak helps attracting attention to the sport. He received unanimous applause when he asked all the well-wishers to continue to live next 20 years and witness 10 more consecutive wins by Madonna Japan. 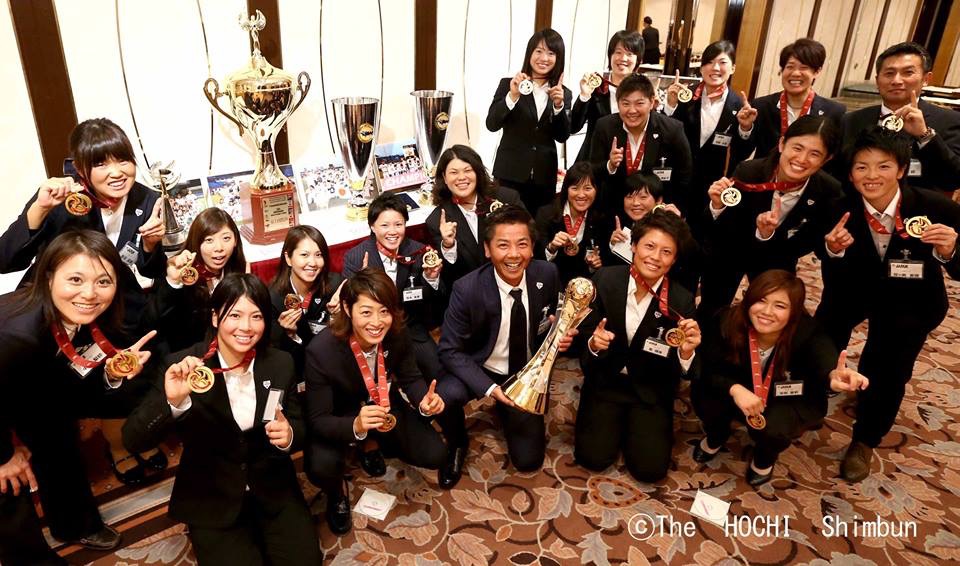